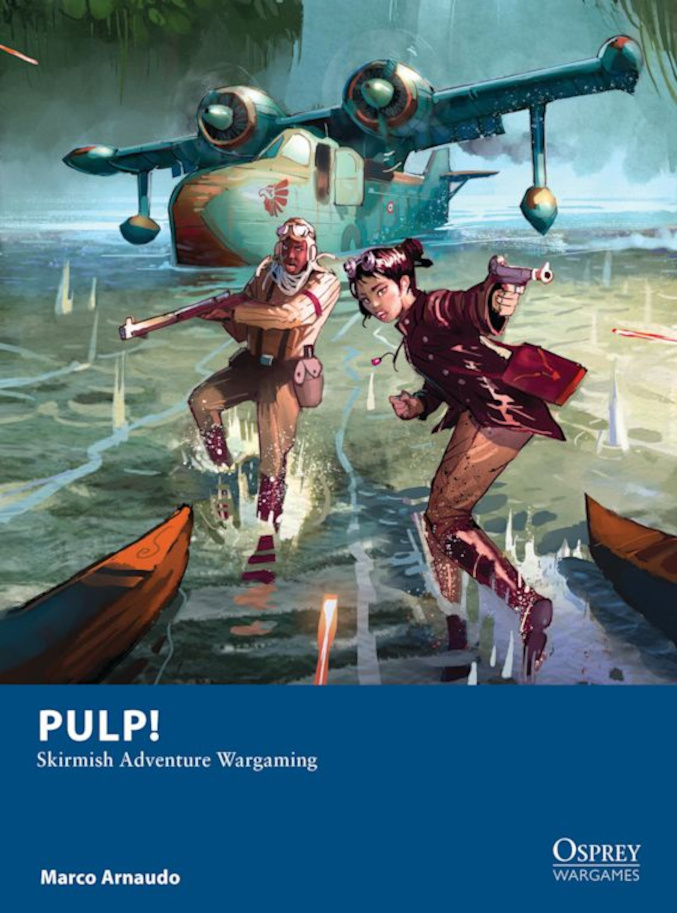 Osprey Games will release Pulp!, a set of scenario-driven skirmish wargame rules set in the interwar years of the early 20th century, in December.  Players can build teams of explorers, archaeologists, detectives and costumed avengers; or criminal masterminds and evil geniuses.  The rules provide for both solo and cooperative play as well as head-to-head mode.

Marco Arnaudo wrote the rules, with art by Dimitris Martinos.

The world of the game includes steaming jungles, desert canyons, and arctic wastes, with lost ruins, ancient treasurers, and forgotten civilizations.  Players race against rival adventurers or face off against gangsters, spies, and sinister cults.