March To War From Alternative Armies

Not far from the great city of Prest near the Bonhundian border with the Ostarian Empire is the small Dutchy of Von Mohlblume. A collection of towns and villages ruled by the young Duke Kurz Nase Von Mohlblume a cousin of the Emperor Klaffenhund. The dutchy is in a rare position in that it exists within the Empire but has some autonomy as long as it contributes troops to the war against the Ferach Empire. This protected position, far from any enemies, has bred a race of Dogmen with no natural foes.

Standing chest high to an Ostarian the Mohlblume are the smallest of the Dogmen to be found in Urop. They make up for this with a pugnacious attitude and stocky strength. Though in long marches they can often be heard wheezing as they try to keep up with the other battalions. They are uniformed and armed by their own depots as they find typical Ostarian equipment too large. The Duke has led his regiments against Mordred’s marshals in several campaigns and also against the Confederation of Finklestein in the vicious Haarausfall War. Which, though only weeks in duration, saw great losses against the Legions de Nain. Confederation forces were defeated in the Battle of Kleine Beine but in the effort there was much slobbering and passing of gas in the Pug ranks.

Brand new miniatures for Flintloque and Slaughterloo with the release of the Pug Dogmen gun team and horses adding to the forces of Ostaria and the Confederation of Finklestein.  Above you see the new Von Mohnblume Artillery Crew using the 59527 Ferach Grand Howitzer as well as supported by troops of the Von Mohnblume Line.  Who are they firing upon?  That is up to you but perhaps it is the Dwarves of Krautia.

This set contains 28mm metal miniatures an officer with Sword and five different poses of Dogmen all with artillery equipment plus two limber horses. Dwarf sized ‘Pug’ type Dogmen standing around 23mm tall.  For use with any suitable artillery piece.  See them HERE.

Gunners support the line infantry in their advance upon the foe and with short legs and a snuffling hard breath while marching these Pug Soldiers are a great addition to your forces.  See them HERE with new photographs. There are also Casualties for these Dogmen which you can find HERE.  You can see all the Artillery we have for Valon HERE on the website from light to super heavy cannons as well as howitzers and mortar plus exotic pieces such as rockets, primitive guns and three barrelled cannon.

Download a free one page resource PDF from our web storage giving game statistics for Von Mohnblume in Flintloque and in Slaughterloo.  CLICK HERE.  See all our files on the FREE DOWNLOADS page.

This is our sole release for Valon in March and we will return with more in April with the beginning of a huge expansion to the miniature range filling out an existing classic force to a full army. 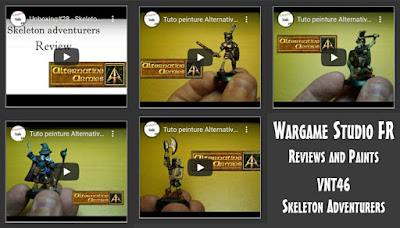 It is my pleasure to present to you here all five of Jason at Wargame Studio FR channel’s videos on our 28mm skeleton adventurers.  He operates a great channel for the French speaking audience and these videos are well worth a watch.  You can find the miniatures HERE and the videos are embedded in this BLOG article.  Enjoy!

Can I get you a Taxi sir?  Madame do you need the Police?  Quick fill that Van son!   Three single vehicles or a value pack with all three and a saving.  New molds and pictures too. 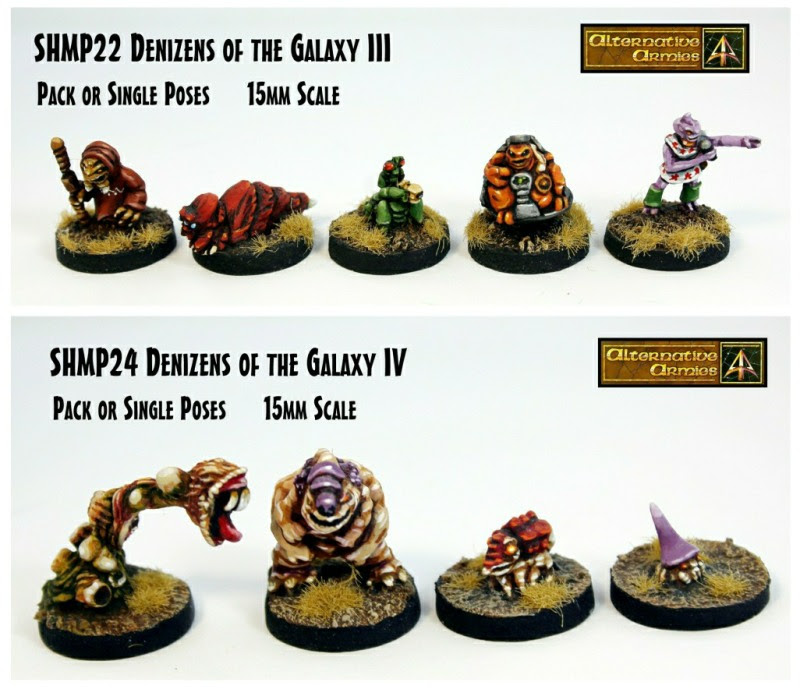 See all of these on the SHM 15mm Science Fiction Range now.

Our mega event March to War 2021 is on at Alternative Armies.  Until 3rd May automatically 20% off all orders at checkout, 24 new releases, free and cheaper shipping rates and more.  Read about this in full on our BLOG or visit NEW RELEASES.