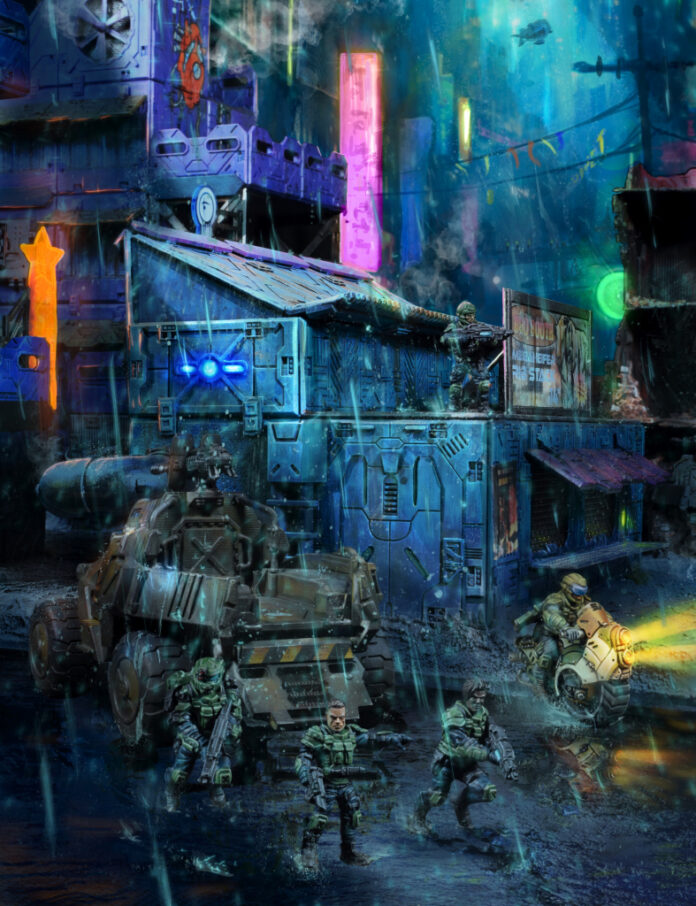 We’re back with another Deadzone Faction Focus! Today we’re taking a closer look at the other Strike Team in the two-player starter set: the GCPS.

GCPS troops are typically not deployed to a Deadzone, instead they’re often just unlucky enough to be on the planet or inside the city when the containment protocols are declared. Defence garrisons are quickly pulled together, as the chaos breaks out around them. In the early stages of a lockdown, when the Council of Seven wants to stop any evidence leaking out, the GCPS are responsible for crowd control of the planet’s local population. Sadly the loyal troopers are often unaware that they have been abandoned by their corporation – who will do doubt receive a hefty payout from the Council to keep things quiet.

Cut off by the communications blackout, these forsaken troops are forced to rely on their training, equipment, and cunning to survive in the face of alien invaders, cut-throat mercenaries, and dwindling supplies. Even the Enforcers, often heralded as heroes of humanity, are more likely to execute them than help them – the Council cannot afford to have witnesses to the atrocities of a Deadzone. It is a testament to the courage and resourcefulness of humanity that there are still organised and effective militaries fighting in active Deadzones across the galaxy, although it’s unlikely records will remain of their bravery.