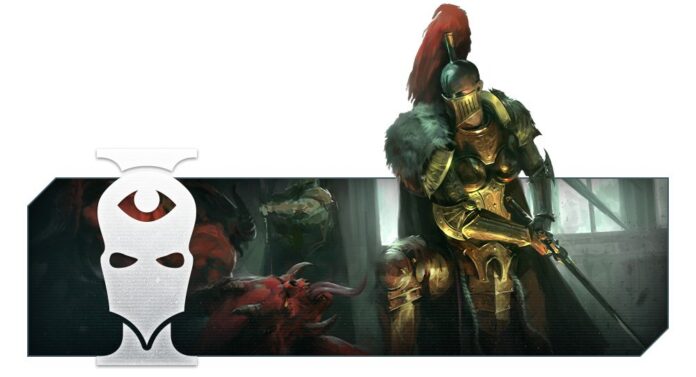 Warhammer 40,000: Shadow Throne is almost here, and the new Adeptus Custodes and Genestealer Cults codexes will be following in early 2022. Yesterday, we saw the new fighting styles of the Adeptus Custodes, and today we’re taking a look at a new unit that lets you run a full Sisters of Silence army.

The Sisters of Silence have always been a faction on their own but they’re now finding an official home in the Adeptus Custodes codex, making it easier than ever to run a Talons of the Emperor army.* Along with new Crusade rules, Warlord Traits, and Relics, the codex also introduces several new units, including the Knight-Centura. These experienced warriors are the leaders of the Sisters of Silence cadres and guardians of their traditions. With an encyclopedic knowledge of the witch and the sorcerer, they can easily take out any rogue psykers they hunt down.