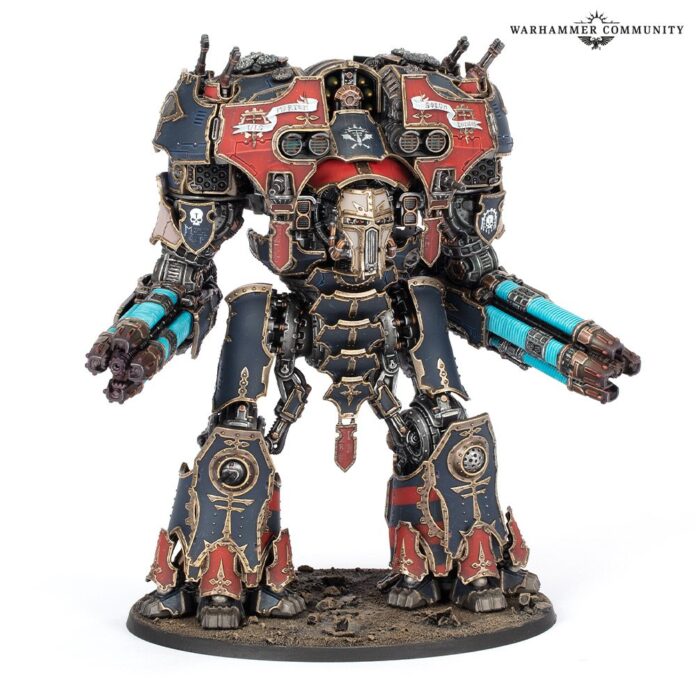 Games Workshop is previewing the new WARMASTER Titan on their site and providing details on the behemoth that you may have missed. From the website”

While it’s entirely understandable to be distracted by the two colossal Suzerain-class Plasma Destructors on its arms,* there’s a wealth of smaller details all over this model that you may not have seen on a first pass. Here are some of the not-so-little things we like best about the Warmaster.

Shocking, isn’t it, that something called the ‘Warmaster’ would have more than just a few weapons stashed away on its monolithic carapace? The mantle of Ardex-Defensor cannons atop its body is fairly hard to miss, but did you notice the Revelator missile launcher packed in above its head?”