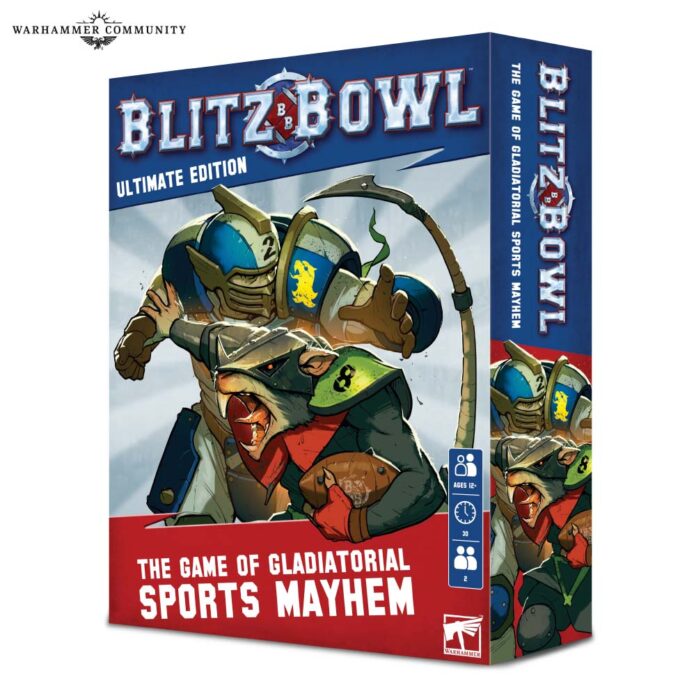 There are many ways to enjoy the worlds of Warhammer, from small-scale skirmish games like Warcry and Kill Team to the sprawling battlescapes of Warhammer Age of Sigmar and Warhammer 40,000.

We all love these games, but many people haven’t yet had the chance to get involved – or are daunted by the prospect of lengthy playtimes and complex rules. If you want to quickly introduce people to these fantastical universes of bloody warfare (and even bloodier team sports), look no further than the following brand new games – designed to be easy to pick up and play.

Smaller in scale but no less bloody, the six-a-side version of Blood Bowl gets a new season, bringing you more gory gladiatorial action on the gridiron. With streamlined rules that are simple to learn, but rewarding to master, you can get into the game at a breakneck pace – quite literally, for some players.

This season, two new teams are ready to tussle in a tumultuous try-out – six Human players form The Reavers, while six Skaven make up The Scramblers. You’ll also get a pitch, cards, dice, and everything else you need to play an action-packed strategic sports game for two – in less than an hour.

A band of heroic Stormcast Eternals awaken within a mysterious labyrinth, filled with arcane treasures, devious traps, and vicious monsters. Will these four heroes (and their faithful pet bird) be able to break free, or are they doomed to fall at the hands of the mysterious Magister?

Work together with up to three other players to escape your prison in Warhammer Quest: Lost Relics, a co-operative dungeon crawler with intuitive rules, endless replayability, and games lasting a little over half an hour. You can even play solo, and test your wits against the all-powerful entity that rules the maze.

Combat Arena is back, in a whole new incarnation that pits four mighty warriors of the 41st Millennium against each other in brutal combat. Trapped in an inescapable vault by the mad Necron Overlord, Trazyn the Infinite, two to four players must duke it out to earn their chance at freedom.

This sequel to Combat Arena brings back fast-paced, replayable combat with accessible rules, tactical depth, and beautiful miniatures, each with their own unique actions and attacks. Will you emerge victorious?