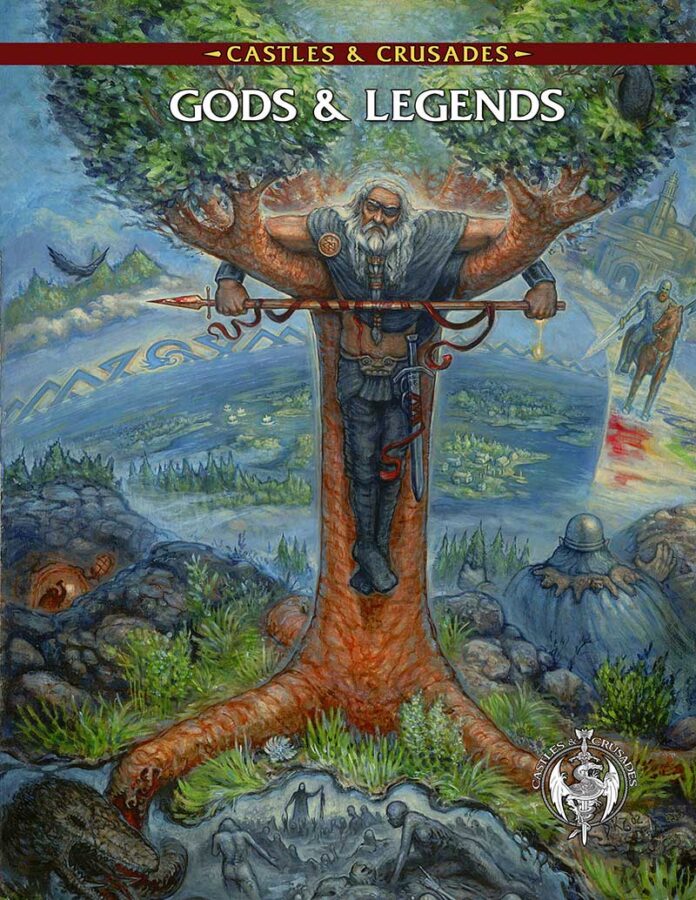 Though the gods dwell beyond the confines of the world, it is often their desire to force their will upon the realms of mortals. Channeling this divine will lies upon the shoulders of the cleric and paladin, the skald and druid. They turn to the gods through prayer, ritual, sacrifice, and devotion, all in hopes of bringing that power into and through themselves, to unleash it upon the world at large.

Within Gods and Legends, there are hundreds of deities for both your characters and monsters; dwarves, elves, gnomes, orcs, gnolls, and more besides. Each deity comes complete with information you will need from when to sacrifice to what kinds of temples they prefer. It also includes short stats for the gods of the Celts, ancient Germans, Norse, Romans and Greeks, Egyptians, and the Slavic Gods.

More than that, Gods and Legends comes with guidelines on how to run deities and the characters that worship them.