Shoot to survive in the Pathfinder One-Shot: Head-Shot the Rot! 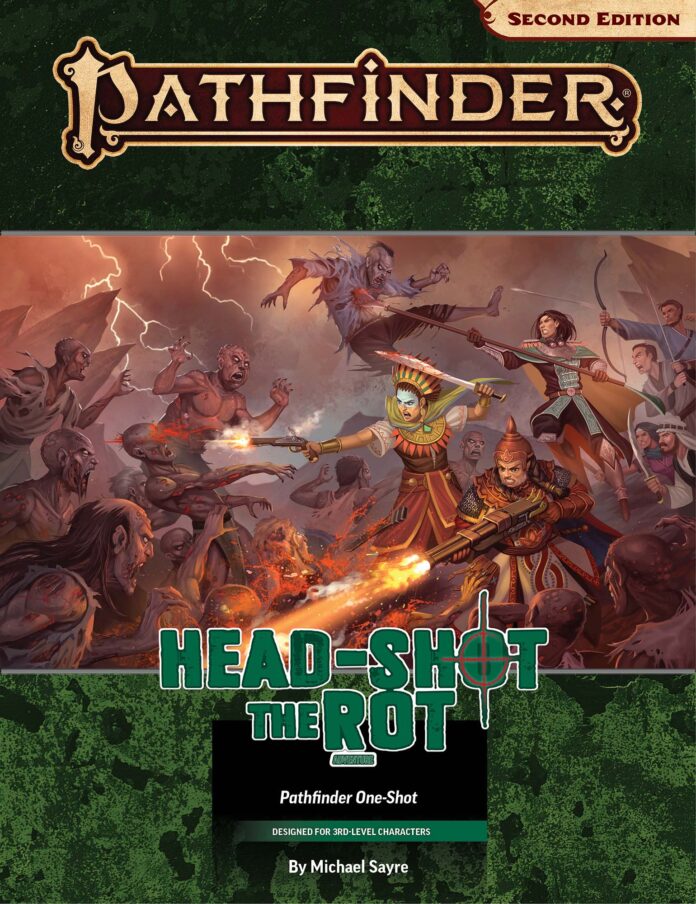 Taking a much-needed relaxing break in between escapades, four gun-toting adventurers post up in a dingy bar in one of Alkenstar’s entertainment districts. At a theater right across the street, crowds have gathered to catch the premiere of a highly advertised play—but what comes out of the theater is far more dangerous! As bystanders scatter to safety in the dusty streets, it’s up to the group of gunslingers in the bar to set things right.

This short Pathfinder Second Edition adventure written by Michael Sayre is intended to be completed in a single session and includes four pregenerated 3rd-level gunslinger characters who make use of the exciting new equipment and rules found in Pathfinder Guns & Gears, and whose backstories and motivations tie closely to one another. This adventure can be easily incorporated into various virtual tabletops, run off of digital devices, or printed out and played at a table.