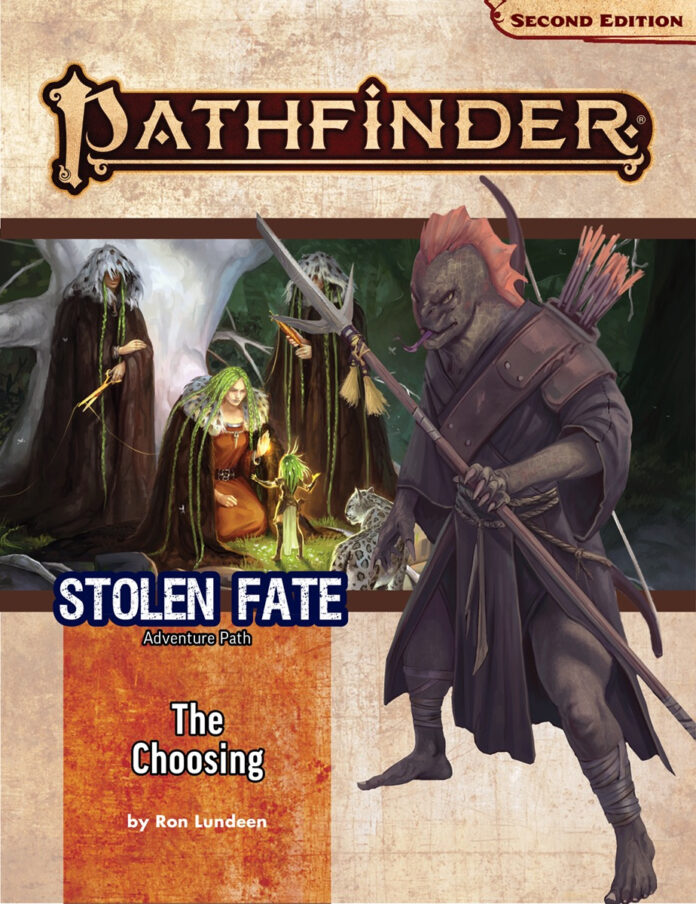 Paizo, Inc. unveiled Pathfinder Adventure Path #190: The Choosing, a new monthly campaign for Pathfinder RPG, which will be up for preoprder in April 2023.

The Choosing is an adventure module that is designed for four 11th-level characters. In this adventure, powerful magical cards mysteriously manifest in the possession of a band of adventurers after the players have a vision of a shop in the Grand Bazaar of Absalom. The players investigate this vision and find that cards are key to plot that involves murder and treachery. This sends players off on a quest to gather the scattered parts of a powerful deck of magical fortune-telling cards called the Harrow, which has a new demiplane tied to it.

This adventure kicks off the Stolen Fate Adventure Path, which is a three-part monthly campaign.