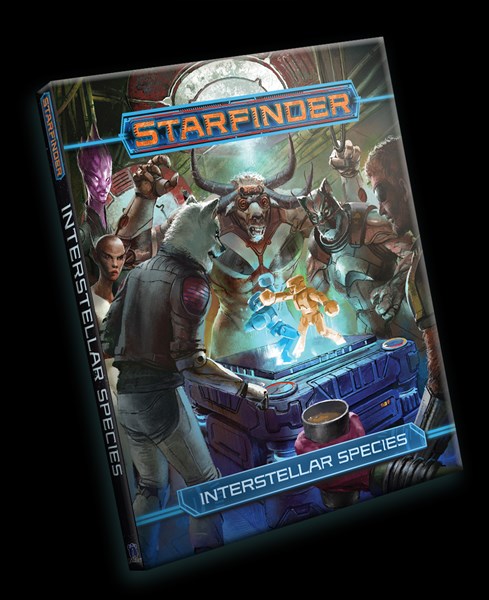 Starfinder isn’t just a game about hackers, telepathy, and laser pistols—it’s an intersection of the many delightfully unique aliens that you can play! Starfinder Interstellar Species presents an eclectic array of strange creatures, from extradimensional kobolds and tiny raxilite plant people to mighty dragonkin and crystalline, silicon-based urogs. Be prepared not only to uncover all-new cultures, histories, and character options, but also to learn that you don’t need a spine to pilot a starship! In this book, you’ll find: