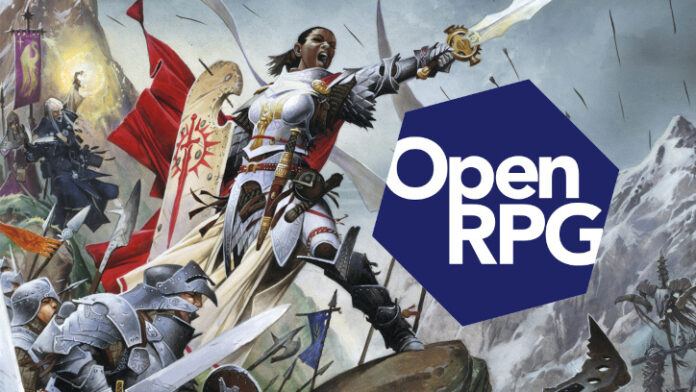 Paizo, the largest RPG publisher that has created material under the original Open Gaming License, has pledged to create a new system-agnostic Open RPG Creative License that will serve the same function as Wizards of the Coast’s new OGL in an open, perpetual, and irrevocable form, the company announced.

The Open RPG Creative License will be created under the guidance of Azora Law, which represents Paizo and several other game publishers, at Paizo’s expense, and then made available to other publishers and game designers.  RPG publishers Kobold Press, Chaosium, Green Ronin, Legendary Games, and Rogue Genius Games have agreed to participate in the new License, with other companies being invited to join.

Paizo plans to find a non-profit with open source values to own the license, and vows that Paizo will not own the ORC.

In its announcement, Paizo rejected the idea that leaked new version of the Wizards of the Coast OGL could legally deauthorize the original OGL, one of a number of controversial provisions (see “’Dungeons & Dragons’ OGL 1.1 Furor“).  Their reason?  As they say, “We were there.”

Paizo cited the involvement of Paizo owner Lisa Stevens and Paizo President Jim Butler as leaders on the WotC ‘D&D’ team when the original OGL was created, Azora Law co-founder Brian Lewis’ work on the original OGL as the attorney at Wizards who developed the legal framework, and the support of Ryan Dancy, who conceived the OGL in the first place.  Paizo says it is ready to “argue that point in a court of law if need be.”

Paizo also revealed that it stopped using Wizards of the Coast’s copyrighted expressions of game mechanics with Pathfinder 2E (see “’Pathfinder 2E’“), while continuing to publish under the OGL to make Paizo’s expressions available to other companies.

New Paizo products at the printer or in transit will be released with OGL 1.0(a) displayed.  Pathfinder and Starfinder products not at press but released before the ORC is finalized will be printed without any license, with the finished license added when it is complete.

The move is likely the largest of several reactions to the leak of the new OGL, which has been widely reviled.  Monte Cook Games is promoting its Cypher System Open License, based on the system first used in Numenera, which was released last summer (see “Cypher System Open License“).  Modiphius is promoting its paid system for use of the 2D20 mechanics, which it uses for its RPGs (see “Modiphius Offers ‘2D20 World Builders’“).  And other RPG publishers with games not based on the OGL are promoting their games as an alternative for gamers turned off by WotC’s OGL moves.

For Wizards of the Coast, if events proceed as Paizo (and others) envision, instead of putting OGL publishers under tighter control and having the larger ones pay for the privilege, WotC will be faced with multiple competing game systems, breaking apart the world of RPG creators and players that had D&D as its anchor and central game, hardly the outcome it was seeking.

Paizo laid out the rationale for its approach (and that of others who publish their games under open licenses).  “We believe, as we always have, that open gaming makes games better, improves profitability for all involved, and enriches the community of gamers who participate in this amazing hobby,” the statement said.