New Edition of Twilight: 2000 To Be Released November 16 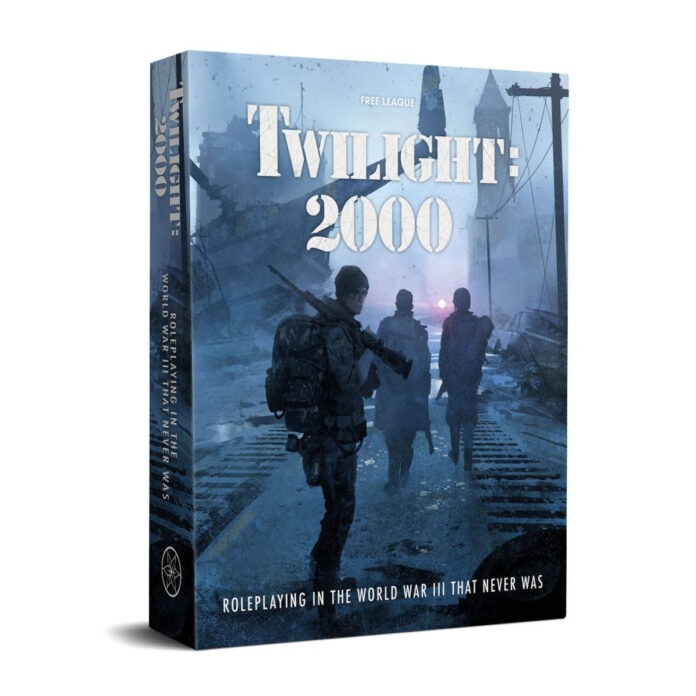 This is just a quick update to the recent October issue of the monthly retailer newsletter from Free League Publishing.

Due to some last-minute delays, the official release date for the new edition of the classic Twilight: 2000 RPG has been moved to November 16 (not November 2 as stated previously). That means no games on store shelves before that date please!

The massive boxed Core Set (weighing in at 2,044 grams!), a Referee’s Screen and a Weapons Card Deck should shortly be available from all major game distributors worldwide. Contact us – by replying to this email – if you have trouble finding stock.

Kalisz. We’re still only in Kalisz. We need to get out of here. Fast. The artillery barrages are getting closer. The Soviets will be here soon. Sarge says we move out after dark. I’m not sure we’ll last that long.

This new retro-apocalyptic edition of Twilight: 2000, published in partnership with GDW and Amargosa Press, goes back to the roots of the franchise with open-world roleplaying in the devastation of World War III. Just like the original 1984 edition, this new game is set in a year 2000 devastated by war – now in an alternate timeline where the Soviet Union never collapsed.

Twilight: 2000 is a roleplaying game about survival in mankind’s most desperate hour. Yet, in this bleak world, there is still hope. In the midst of utter destruction, you can start to build something new. Rally people to your ranks. Stake a claim and protect it. And maybe, if you live long enough, start turning the tide. This boxed set contains: