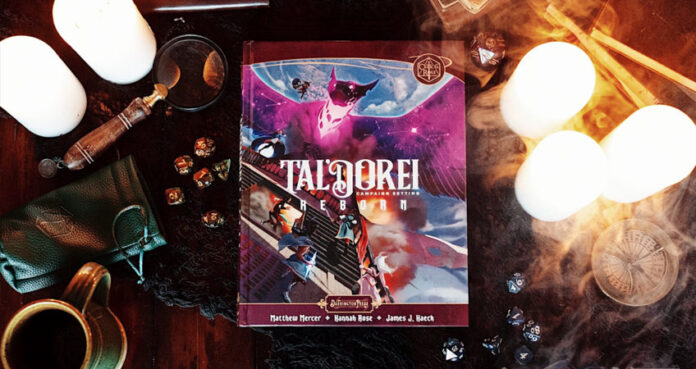 Today, Critical Role and Darrington Press are inviting players new and experienced to join in on the adventure with the updated and greatly expanded Tal’Dorei Campaign Setting Reborn sourcebook, now available at Darrington Press Guild stores (list here) and Critical Role shops (US, UK, CA, AU, and EU), and soon available at your favorite local hobby and gaming stores.

Taking place two decades following Vox Machina’s conclusion, this sourcebook outlines how Tal’Dorei has changed and progressed leading up to the start of Critical Role’s second campaign, The Mighty Nein. Soar on a skyship from the metropolis of Emon, home to the Tal’Dorei Council, to the distant haven of Whitestone; explore the lush wilderness in between, meeting monsters and wayward mages; and uncover magic items ranging from simple trinkets to the legendary Vestiges of Divergence. How will you shape the future of Tal’Dorei? The land’s fate is in your hands.

This art-filled tome contains everything needed to unlock the rich environment of Tal’Dorei and make it your own. Among its 280 pages, you’ll find: