Warzone Eternal Up On Kickstarter! 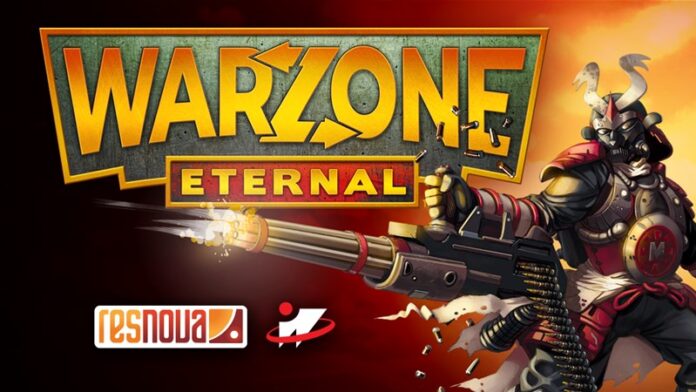 THE WORLDS OF OUR SOLAR SYSTEM RING WITH CONFLICT. The rival megacorporations—Bauhaus, Capitol, Cybertonic, Imperial, and Mishima—engaged in an endless jockeying for power and territory, send their bravest and best to war in a futile effort to improve the bottom line, all while the true threat to all of humanity grows in power. Emerging from dark citadels sprouting across all of the inner planets, from the caverns of Mercury to the fertile lands of Mars, the extra-dimensional forces of the Dark Legion scour the planets, their military might lead by Algeroth, the Apostle of War.

Everyone who pledges to the Warzone Eternal Kickstarter campaign in the first 48 hours will receive an electronic copy of the Graveton Protocol, a narrative campaign of linked scenarios authored by Bryan CP Steele set in the sweltering battleground of Venus’ Graveton Archipelago.