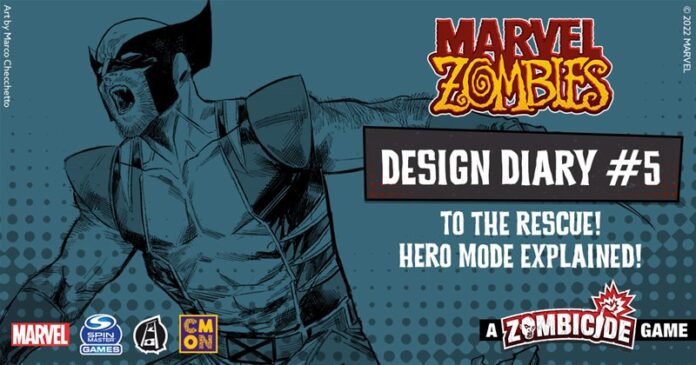 Super Heroes! Michael Shinall here, co-designer of Marvel Zombies: A Zombicide Game, and today, we are here to talk about an exciting feature of the game: Super Hero Mode! One of the most heavily-asked topics since the announcement of the game has been, “Can I play as (non-infected) Super Heroes?” and the answer to that is a resounding “Yes!” So, for those of you out there who prefer to save the day rather than devour it, this is for you!

Super Hero mode comprises the primary gameplay of the X-Men: Resistance Core Box, the sister-box to Undead Avengers. In this box, you will get all the components needed to play in Super Hero Mode, ranging from the enemies (Multiple Man Walkers! Reaver Brutes! Hellfire Club Runners! And more!) to the Player-Character, Non-Zombie Super Heroes as well.

Before we get into the specifics of gameplay, another important thing to note is that each Core Box also contains the materials to allow the Super Heroes/Zombie Heroes to be played in their alternate modes, eg, the contents of both boxes come with Spawn Cards and Player Cards for each Super/Zombie Hero. Note: you’ll still need the respective Core Box to play each mode (Undead Avengers for Zombie Mode, X-Men: Resistance for Hero Mode).