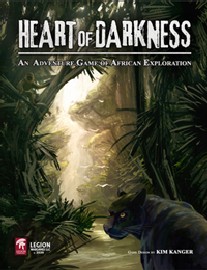 Wargame Terrain and Buildings: WWI Trench Systems From the initial choice between stand-alone pieces on a mat or a fixed, bespoke layout, through to final detailing, experienced modeler Hardy gives practical advice on building your own trench system. He considers the differences between British, German and French trenches, which differed in design and construction, as well as developments in defenses through the phases of the war. A trench system is not just the trench itself of course, but also the dugouts, barbed wire entanglements, sandbags, gun emplacements and pillboxes. Shell holes and shattered forests are also covered. Each element is explained in step-by-step detail, illustrated with numerous color photos and there are also reference photos of real trenches. Includes 250 color illustrations. $30.00 USD

Who’s Who in the Age of Alexander and His Successors: From Chaironeia to Ipsos (338-301 BC). Compilation of more than 1,150 concise biographies of the men and women involved in the life and campaigns of Alexander the Great, and the struggle for power after his death. From leading commanders in Alexander’s army to the nobles of the Persian Empire, and the many other individuals he encountered throughout his life and reign, these complete and balanced biographies by a renowned Canadian scholar are drawn from the literary and epigraphic sources of the age. When the first edition of this volume was originally published in 2006 (with some 800 entries) it was acclaimed as a vital reference resource for anyone interested in the period, this second edition has been greatly expanded and substantially revised to widen the coverage of the human and political landscape in which Alexander moved. $40.00 USD

Cruisers of the III Reich: Volume 1 Cruisers described in Volume 1: Emden, Konigsberg, Karlsruhe, Koln, and Leipzig. Describes their history in the order in which they entered the service, devoting much attention to their construction and defining the differences. Also includes the history of the service, considering policy and people who had a direct influence on the ships’ fate. Many excellent quality photographs primarily from private collections. All the ships are described and illustrated with full technical specifications. Profusely illustrated with scale drawings and color illustrations. $52.00 USD

Hitler’s Fortress in the East: The Sieges of Ternopol, Kovel, Poznan and Breslau, 1944-1945 Describes, in vivid detail, what happened next – intense and ruthless fighting, horrendous casualties among soldiers and civilians, the fabric of these historic cities torn apart. Offers insight into the tactics on both sides, the experience of the close-quarter fighting in the streets and houses, and the dreadful aftermath. At the same time, he shows why these cities were chosen and how the wider war passed them by as the Wehrmacht retreated and the battlefront moved westward. $35.00 USD

The Tanks of Operation Barbarossa: Soviet Versus German Armor on the Eastern Front Drawing on technical and operational documents from Russian archives, many of which were classified until recently and are unknown to Western readers, compares the strengths and weakness of the German and Soviet tanks and the different ways in which they were used by the opposing armies. Examines how German superiority in tactics overcame inferiority in numbers. $27.00 USD

Heart of Darkness: An Adventure Game of African Exploration This is a game of adventure and exploration set in the mid-19th Century where you, together with up to four other players, venture into deepest Africa. Your journey is financed by a major newspaper and publisher back home, and they expect you to bring home fantastic stories that they can publish. Your expedition consists of you, armed askaris, and porters that carry food and gifts. There will be occasional local guides and goats to keep you company. The quest is to trek into what is unknown to you. You will interact with people that you meet, while searching for the myths and legends that are said to exist somewhere in Africa. To walk the land among people that might not appreciate your presence, to face hunger and predators, and to reveal what perhaps should remain hidden is dangerous. $76.00 USD