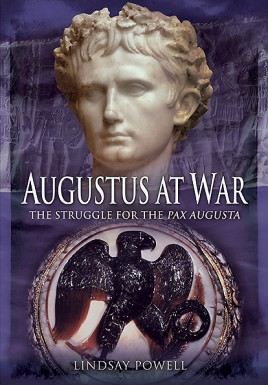 In general, the following items are due in the shoppe early- to mid-January 2023. We have considerable stock on our shelves for the holiday season, but while ordering via our internet cart is essentially instantaneous, shipping takes time.

Reminder: On Military Matters continues to remain open for internet orders and shipping. The shoppe is also open for in-person shopping, but you must be fully vaccinated. Please call ahead. If you wish to pick up your order at the shoppe, we can also leave the package outside the door.

Victrix Horse Archers: Scythians and Parthians – 28mm Plastic Miniatures. Contains twelve hard-plastic 28mm cavalry models, supplied unpainted and unassembled. The set comprises many different head and quiver styles, so you can represent the various Scythian, Saka, Dahae tribes and also the Parthians. The torso is split in two with three varied leg halves, and then you have a choice of six upper torsos with various arm and head options to make this a very dynamic and versatile set. Includes extras such as daggers, swords and axes to hang from the belts, so every figure can be an individual. $42.00 USD

034 Stalingrad Airlift 1942-43: The Luftwaffe’s Broken Promise to Sixth Army Air Combat series. Destruction of the German 6th Army at Stalingrad was also accompanied by a significant decline in the Luftwaffe tasked with supplying the army. Despite accumulating aircraft from all over the Reich, weather problems, lack of adequate maintenance facilities, and growing Soviet AA and fighter defenses ultimately prevented the Luftwaffe from supplying the minimum 300 tons of supplies per day needed by 6th Army, much less the 750 tons needed for full effectiveness. In the end, about 130 tons per day were delivered on average as losses piled up. Includes the usual Osprey strategic diagrams and maps, archive photos, and artwork. $24.00 USD

Augustus at War: The Struggle for the Pax Augusta. A new and penetrating assessment of Augustus as ancient Rome’s military commander-in-chief. The words Pax Augusta – or Pax Romana – evoke a period of uninterrupted peace across the vast Roman Empire. Not exactly. In almost every year between 31 BC and AD 14, the Roman Army was in action somewhere, either fighting enemies beyond the frontier in punitive raids or outright conquest, or suppressing banditry and rebellions within the borders. As a brilliant strategist, manager of war, and commander-in-chief (imperator), Augustus succeeded in nearly doubling the size of the Empire. He made changes to the political and military institutions to keep the empire together and to concentrate power to himself. His genius was to build a team of loyal but semi-autonomous deputies (legati) to ensure internal security and to fight his wars for him while claiming their achievements as his own. The book profiles more than 90 of these men, the military units under their command, and the campaigns they fought. Illustrated with 23 maps, 42 color plates, 13 black-and-white figures, and 5 order-of-battle schematics. $29.00 USD

Military History of Late Rome: Volume 8 – 602-641. Provides a fresh analysis of the Roman Empire from the reign of Phocas (602-10) until the death of Heraclius (610-41). This was an era of unprecedented upheavals, which is usually considered to have resulted in the end of antiquity. The usurpations of Phocas and Heraclius led to the collapse of the Roman defenses. The Persians conquered Syria, Lebanon, Palestine and Egypt. The Avars and Slavs ravaged the Balkans. The Lombards held the upper hand in Italy. The Visigoths conquered Spain. Yet Heraclius launched a very effective counterattack against the Persians that not only defeated the Persians but extended Roman domains at their expense and restored the Roman fortunes in the Balkans. $53.00 USD

Sharpshooter in the Crimea: The Letters of Captain Gerald Goodlake VC 1854-56. The letters home to his family by Gerald Goodlake, a young officer in the Coldstream Guards, make remarkable reading. They vividly describe the ill-preparedness of the British Army and the dire conditions experienced by all ranks in the Crimea. Goodlake’s views on senior officers were frank to say the least! Most important, Goodlake’s initiative and courage in organizing and leading what were Special Forces were rewarded by the award of one of the first Victoria Crosses. Goodlake served in the Crimea from early 1854 to the end two years later. $30.00 USD

The French Fleet: Ships, Strategy and Operations 1870-1918. Oversized at 11 x 8.5 inches, this provides a complete overview of the French Navy, from the establishment of the Third Republic to the end of World War One. French foreign and naval policy, shipyards and industrial organization, technological innovations, operations, and shipbuilding programs are all described in the first part of the volume, while the second and larger part is focused on the different categories of warships, including their qualitative and quantitative evolution during the period of 1871-1918 and their employment during the Great War. A chapter is also dedicated to naval aviation. Superbly illustrated with rare and carefully selected photographs – Includes 230 illustrations. $80.00 USD

North Sea Battleground: The War at Sea 1914-1918. Engagements of special note include The Battle of Heligoland Bight, the attempted first German Bombardment of Yarmouth; the German bombardments of Scarborough, Whitby, and Hartlepool, Scheer’s escape, and the Battle of Dogger Bank. Other actions include the Zeppelin raids, unrestricted U-Boat Warfare, the Battle of Jutland and its consequences, the second Battle of Heligoland Bight, the climax and defeat of the German heavy bomber air offensive against the U.K., the 1918 Zeebrugge and Ostend raids, North Sea mine barriers, and the mutiny of the High Seas Fleet. Includes 30 black-and-white plates. $30.00 USD

The Battle of Loos. Loos is a small mining town between Lens and La Bassee in northern France. But on 25th September 1915, and for a few days after, it was the center of one of the most intense and bloody battles of WWI. The casualties were appalling – about 60,000 of which, the majority died on the first day. The main objective – a large-scale breakthrough – was not achieved although some 8,000 yards of enemy trench were captured, and in some places their defenses were penetrated up to two miles. $30.00 USD

Queenstown Bound: U.S. Navy Destroyers Combating German U-boats in European Waters in World War I. Beginning in spring 1917, the U.S. Navy sent divisions of destroyers to Europe, first to Queenstown, Ireland, and later to Gibraltar and French ports, to combat German U-boats. The submarines were taking a huge toll on Atlantic shipping over the course of World War I, resulting in the loss of nearly half of Britain’s merchant fleet. By the time America entered the war, an expanded U-boat fleet had come dangerously close to choking off Britain’s critical supply of food, which threatened the sustainment of the island nation and could have led to the collapse of the British war effort. $31.00 USD

The Norway Campaign and the Rise of Churchill 1940. Opens with a summary of the issues and personalities in British politics in the 1930s. The consequences of appeasement and failure to re-arm quickly became apparent in April 1940. The Royal Navy, which had been the defense priority, found itself seriously threatened by the Luftwaffe’s control of the skies. The economies inflicted on the Army were all too obvious when faced by the Wehrmacht. Losses of men and equipment were serious and salutary. The campaign itself is broken down into three phases – the landings in support of the Norwegians, the evacuation from Central Norway, and finally, the campaign in the North which remained credible until the fall of France. While the campaign in Norway (April to June 1940) was a depressing opening to active hostilities between Britain and Nazi Germany, it led directly to Churchill’s war leadership and The Coalition. Both were to prove decisive in the long term. $30.00 USD

Hitler’s Air Bridges: The Luftwaffe’s Supply Operations of the Second World War. The Luftwaffe’s transport aircraft played a vital role in supplying German forces in every WWII theater. The transport Gruppen had previously been involved in supporting the advance of German forces during the Polish campaign, this being followed by the capture of Denmark, Norway, The Netherlands, Belgium and Greece. During Operation Barbarossa, German troops were dispersed over the vast expanses of Russia. It was a country without roads, where the normal supply by trucks and trains to the troops was difficult and sometimes impossible. Often, it was only the Luftwaffe’s transport aircraft that kept the Germans fighting. $43.00 USD

Congo Mercenary. In July 1964, four years after gaining independence from Belgium, the Democratic Republic of the Congo came under threat from an armed rebellion that spread rapidly through the country. To suppress the rebels and bring the unrest and bloodshed in the country under control, Congolese officials enlisted the help of mercenary leader Mike Hoare. Working alongside military officials, Hoare assembled a band of several hundred men that became known as 5 Commando. How this mercenary band was recruited, trained, and how they undertook four campaigns in just 18 months, during which they fought rebels, liberated Stanleyville, freed European hostages, and brought order back to the Democratic Republic of the Congo. $35.00 USD

War Comes Early: Czechoslovakia 1938 (Wargame). Low-to-intermediate complexity, two-player alternative-history wargame. It investigates the parameters of the six weeks of the conflict that would have resulted had the Czechoslovakians refused to accept the Munich Agreement. Had they been willing to fight, the Soviets were pledged to come to their aid as fully and directly as possible. That intervention would have immediately escalated the crisis beyond a Czech/German one and into the realm of a major war. The game is restricted to covering the hypothetical war’s first six weeks in October and the first half of November. That is because none of the participants had the logistical wherewithal to to go on fighting longer than that without a pause to resupply. Components: 22 x 34 inch map, 280 ½-inch die-cut counters. Articles: The First Arakan Campaign: 1942-43; The Dodecanese, 8 September22 – November 1943; and Bulgaria in World War II. $50.00 USD