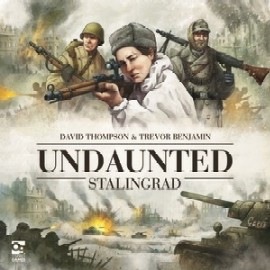 FORGOTTEN BATTLES: Raids in the European Theatre 1939-1945 Latest in this series of scenarios specifically for The War on the Ground rules, but adaptable for other WWII rules. Contains 16 scenarios from platoon to brigade level and presented in chronological order, but several can be linked for a mini-campaign. Includes special rules to enhance the playability and accuracy of each scenario. Some of the individual scenarios will be extremely challenging and have included campaigns and units not used before within the scenario series: for example, Finnish Jaegers during the Winter War in 1939. $39.00 USD

548 ARMIES OF THE FIRST SINO-JAPANESE WAR: 1894-95 Men at Arms series. Covers the organization, equipment, and appearance of the various Chinese forces (China had no true national army), the Imperial Japanese Army and Navy, and the Korean and Formosan participants. $19.00 USD

311 U.S. NAVY ARMORED CRUISERS 1890-1933 New Vanguard series. Describes the development and deployment of U.S. Navy armored cruisers, the forerunner of the battlecruiser. Armored cruisers sacrificed the battleship’s superlative firepower and protection for superior speed and range but, as this study shows, their role was not always easy to define. Despite being produced at great expense, they never really had a legitimate tactical mission. Traditional deployments were commerce raiding and protection. After 1906, some replaced U.S. battleships in the Pacific, functioning as oversized gunboats, most notably, the modified armored cruiser Pennsylvania which witnessed the first landing of an airplane on a ship. On November 5, 1915, North Carolina became the first cruiser to launch an aircraft from a catapult while underway. After the war, surviving U.S. armored cruisers represented the U.S. Navy on their Asiatic station until the final cruiser was scuttled in 1946. $19.00 USD

124 ROYAL NAVY TORPEDO-BOMBERS vs AXIS WARSHIPS New Vanguard series. Uses original records to focus on the technical specifications, attributes, and drawbacks of the disadvantaged Royal Navy torpedo-bombers against the mighty Regia Marina and Kriegsmarine destroyers and raiders. It covers a wide range of attacks, including the strike on the Bismarck, the tragic events of the Channel Dash, the clash with the Italian battle fleet at Taranto, and sea battles such as the Battle of Matapan. $22.00 USD

084 SOVIET PISTOLS: Tokarev, Makarov, Stechkin and Others Weapon series. Featuring archive and present-day photography and specially commissioned artwork, this reference work reveals the development and combat use of the pistols that armed the forces of the Soviet Union and its allies during and after WWII. $22.00 USD

MEAT GRINDER: The Battles for the Rzhev Salient 1942-43 Examines the four major offensives launched by the Red Army against the Rzhev Salient, all of which were defeated with heavy losses, exceeding two million killed, wounded or missing, until eventually, the Germans were forced to evacuate the salient in March 1943. So many casualties occurred, it was called the Meat Grinder. Drawing on the latest research, the book provides a new study of these horrific battles but also examines how the Red Army did ultimately learn from its colossal failures and how its analysis of these failures at the time helped pave the way for the eventual Soviet victory against Army Group Center in the summer of 1944, leaving the road to Berlin clear. $35.00 USD

CHOBHAM ARMOUR: Cold War British Armoured Vehicle Development Explains the development of the British Cold War main-battle tanks, including the Centurion, Chieftain, Challenger and many other wheeled and tracked armor vehicles that served the British Army of the Rhine. The vehicles developed at the Chertsey site were never used for their intended purpose on the plains of North-west Germany, but have proved their worth in British operations in places like Korea, Bosnia, Kuwait, Iraq and Afghanistan, as well as in the hands of other users around the world. Fully illustrated with photographs, schemes and drawings, including some that have never been published before, this is a detailed overview of the development of all post-war British armored vehicles. $50.00 USD

BITTER PELELIU: The Forgotten Struggle on the Pacific War’s Worst Battlefield Dissects the U.S. intelligence and strategic failings, analyses the shift in Japanese tactics, and recreates the Marines’ horrific experiences on the worst of the Pacific battlegrounds. Prior to the 1944 invasion, the U.S. failed to detect the complex network of caves, tunnels and pillboxes hidden inside the island’s coral ridges. More importantly, they did not discern – nor could they before it happened – that the defense of Peleliu would represent a tectonic shift in Japanese strategy. No more contested enemy landings at the water’s edge, no more wild banzai attacks. Now, invaders would be raked on the beaches by mortar and artillery fire. Then, as the enemy penetrated deeper into the Japanese defensive systems, he would find himself on ground carefully prepared for the purpose of killing as many Americans as possible. $35.00 USD

UNDAUNTED: Stalingrad Stalingrad, 1942. Before you awaits a grueling conflict in this cornerstone battleground. As the bullets and bombs tear the city asunder, only through wits and valor can you seize the cornerstone of the entire Eastern Front and change the course of history. Stand-alone game that expands the series’ scope and challenge beyond anything that’s come before. Features more than 300 unique illustrations by Roland MacDonald, and 150 evocative mission briefings written by acclaimed author Robbie MacNiven. Immerse yourself in this campaign at the heart of the war. Game Information: Ages: 14+; Players: 2; Playing Time: 45-75 minutes. Contents: 375 cards, 129 map tiles, 204 tokens, 4 dice, 4 booklets. $120.00 USD

THE POLISH ARMY OF THE 18th CENTURY: Regiments of the Polish-Lithuanian Commonwealth 1717-1794 Uniforms, organization, order of battles, and engagements of the 18th Century Polish army. Based on the works of noted Polish Military historian Bronislaw Gembarzewski, this is a unit-by-unit history of the regiments of the Commonwealth of Two Nations from the Great Northern War until the Kosciuszko Insurrection. This work will include some illustrations from Gembarzewski’s classic Uniforms of the Polish Army, as well as contemporary artists such as Raspe. This book will give a list of all the battles these units were involved in, their commanders, and where they were garrisoned. A must for all historians interested in Polish history and the 18th Century military. $30.00 USD

ROGER LAMB’S AMERICAN REVOLUTION: A British Soldier’s Story: A New Edition Reprint of the 2004 first edition combines all of Roger Lamb’s first-hand recollections from his two books, An Original and Authentic Journal of Occurrences during the late American War, from its Commencement to the Year 1783 (Dublin, 1809) and Memoir of His Own Life (Dublin, 1811). Also includes two more important documents written by Lamb that have come to light – an intelligence report written in 1782 recounting details of one of his escapes, and a commonplace book kept later in his life to record a vast range of memories, thoughts and observations. The result is the most comprehensive first-hand account by a British soldier in the American Revolution. Of all the British soldiers who served in North America during the American Revolution, none wrote more about his experiences than Roger Lamb. He certainly had a lot to say: his service in two of the most important campaigns – the 1777 Saratoga campaign and the 1781 campaign through the Carolinas to Virginia – put him in the thick of some of the war’s most famous battles. Moreover, he was twice captured and twice escaped, making his way through hostile territory to rejoin the British army. $26.00 USD

1805: TSAR ALEXANDER’S FIRST WAR WITH NAPOLEON First published in 1844, uses original military and diplomatic documents and the testimonies of witnesses and participants to report on the first war between Tsar Alexander I and Napoleon in 1805. $35.00 USD

THE BATTLES OF CONNECTICUT FARMS AND SPRINGFIELD: 1780 Chronicles the battles for Connecticut farms and Springfield in 1780 that marked a turning of the tide in the Revolutionary War. Drawing on newly available primary sources, presents a fresh and engaging interpretation of these events, which exposed King George III’s declining military fortunes in North America even as they revealed the resilience of George Washington’s army. $26.00 USD

THE BATTLE OF GLOUCESTER: 1777 Recreates this minor but important clash during the Philadelphia campaign. Relying on both primary source documents and the latest archaeological interpretations, the authors have determined the course of this fascinating battle, as Benjamin Franklin later proclaimed it to be. As a result of this action, when Washington requested that Lafayette be given a division, Congress agreed. On December 4, 1777, the marquis, promoted to major-general, took command of the brigades of Generals Woodford and Scott to begin what would be a glorious career in American service. $26.00 USD

THE BATTLE OF MUSGROVE’S MILL: 1780 Describes the situation in South Carolina following the British invasion of 1780 before introducing the three colonels: Isaac Shelby, James Williams, and Elijah Clarke. These men led Rebel militia from North Carolina, South Carolina, and Georgia in an effort to disrupt British operations and their Loyalist support. The colonels and other leaders led mounted Rebel militia in a sweeping and bloody guerilla war that played an essential role in opening a path to the eventual British surrender at Yorktown and Britain’s loss of America. On August 19, 1780, near a ford of the Enoree River in northwest South Carolina, a short and savage encounter occurred between Rebel militia and a combined force of Loyalist militia and Provincial regulars. Despite the Rebels being outnumbered more than two to one, it was an overwhelming victory for the American cause. The Rebels defended from the top of a ridge, inflicted heavy casualties on the Loyalist force as it advanced, then charged and drove the enemy from the field of battle. $26.00 USD