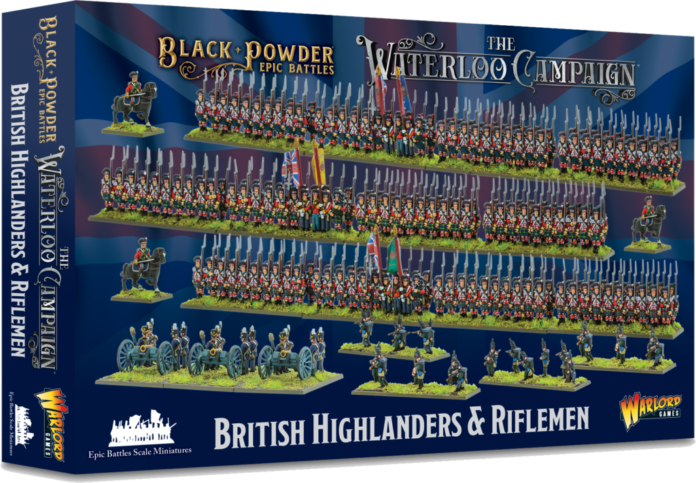 This weekend’s highly anticipated pre-orders will bring even more lavish colour and variety, in the form of two plastic boxed sets, to both Napoleonic British & French armies on the Epic Waterloo Campaign. Pre-orders begin Friday 21/01/2021.

Wellington’s Allied army was a colourful mix of nationalities and troop types. None were more exotic-looking than the three regiments of Highlanders at the Battle of Waterloo.

The first Highland regiment was raised in 1739 to monitor and patrol the highlands for ‘ne’er-do-wells’, and it was later taken into the line as the 42nd Royal Highland regiment, ‘the Black Watch’. Although The Seven Years War saw the raising of several more Highlander regiments, they were disbanded after the war. The American Revolution saw further units raised, two of which were retained following the war’s end. The outbreak of the war with France in 1793 saw a real increase in Highland recruitment. Highland regiments or ‘Redshanks’ that fought during the Hundred Days were the 42nd Royal Highland Regiment, 73rd Highland, 79th Cameron Highlanders and 92nd Gordon Highlanders. Armed and equipped as the Foot battalions, the Highlanders were “damn forward fellows with the bayonet,” being renowned for their ferocious charge and mêlée capabilities.