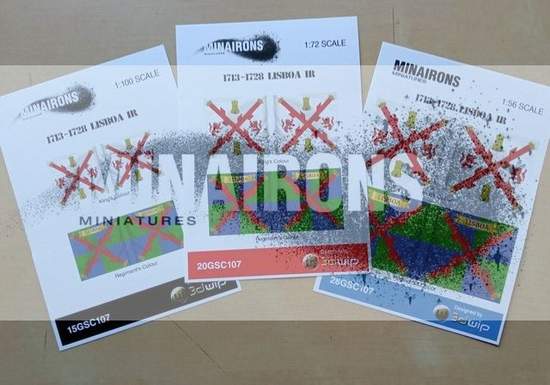 I’m happy to announce release of yet another set of War of Spanish Succession infantry flags at 1:100th, 1:72nd and 1:56th scales altogether. Today, it’s the flags for a Two Crowns’ Spanish unit: Lisbon I.R., another of the senior regiment in the Spanish Army of that time. Along with the flags, I’ve also released a PDF guide on the subject for free download, as usual.