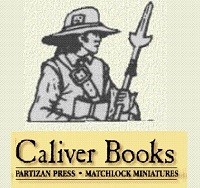 We are kicking off the New Year with some exciting new items below.

The winner of the £50 voucher Xmas day orders sweepstake is A Todd from Wales, who rightly guessed that 63 customers would abandon their mince pies to spend their Christmas money with Caliver Books.

TWILIGHT OF THE DIVINE RIGHT : With Fire And Sword Rules Supplement/ Dorrell, Nick. You will need DIVINE RIGHT to use in in conjunction with these rules to fully understand it. It includes the rules, amendments and additions to fight the battle and wars in Eastern Europe in this era. The players can field Polish-Lithuanian, Russian, Swedish, Cossack, Crimean Khanate (Tatar), Ottoman and other smaller armies in the wars of this era. £5.00

TWILIGHT OF THE DIVINE RIGHT: With Fire and Sword: Scenario Book 2: The Deluge, 1632 – 1660./ Dorrell, Nick. The ‘Deluge’ period saw the Polish Lithuanian Commonwealth attacked by many armies. The booklet concentrates on the war of 1648 -1657 against the Cossack rebellion under Khmelnytsky. Also the campaigns of 1655 – 1660 is against the Swedes. In addition the Russians war against the Commonwealth in the Smolensk War of 1632 – 1634 is also covered. £17.50

TWILIGHT OF THE DIVINE RIGHT: With Fire and Sword: Scenario Book 3: The Wars for the Ukraine, 1654 – 1676/ Dorrell, Nick. The Thirteen Years War of 1654 – 1667 featuring various combinations of Polish-Lithuanian, Russian, Cossack and Crimean Khanate (Tatar) forces. In addition some of the scenarios are from the Commonwealth’s war against the Ottomans and Crimean Khanate as they renewed there attempts to dominate the Ukraine in 1672 -1676. The booklet features 11 scenarios from 9 historical battles and campaigns. £17.50

Osprey WPN 85. Noted authority Steven J. Zaloga charts the development, combat use, and influence of man-portable air defense systems, from the late 1960s to the present day. Featuring specially commissioned artwork and carefully chosen photographs, this study tells the story of these lethally effective weapons, from their origins to their use today. Shipping now £14.99

53809 ALTAR OF FREEDOM ACEW RULES BUNDLE / – ALTAR OF FREEDOM Rules plus ALL QUIET ALONG THE POTOMAC plus ATLANTA IS OURS scenarios. This is a colour print out so unbound single sheets. everything is is included, some charts are laminated and there may be extras £49.95

53812 Charlie Wesencraft’s With Pike and Musket: Sixteenth and Seventeenth Century Battles for the Wargamer / – like new £11.50