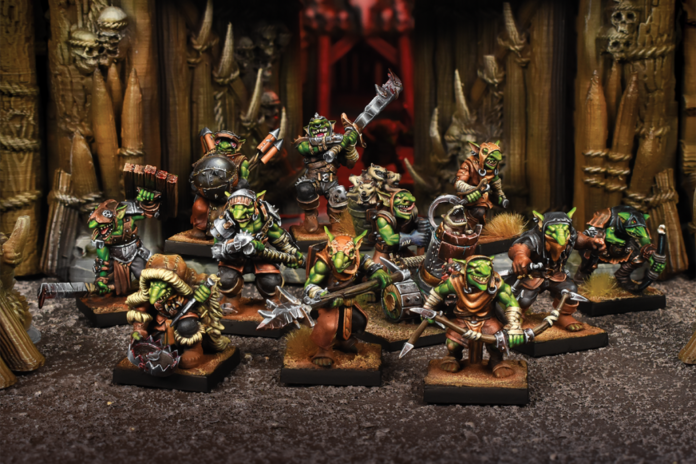 The Covid-19 Virus has hit us all in gaming very hard. Gaming by it’s very nature is a social experience. But with the lockdowns and restrictions that come with a global pandemic solo gaming has been brought to the fore. Mantic games has seen the need for quality games with solo play and has posted the following:

Although we can probably all agree that the past year hasn’t provided a lot of positives, one of the better elements of pandemic gaming has been the increase in solo play. Whether you don’t want to lose your competitive streak, fancy trying out a new faction or just want to roll some dice, solo play has been a useful way to get in some gaming.

Thankfully there are a number of Mantic games that can be played solo:

Star Saga – thanks to the Nexus Player (and currently on sale, if you fancy picking it up)

The Walking Dead: All Out War – solo and narrative play has always been a huge part of All Out War and we even released special AI rules (thanks to RC member Phil Rawson), which you can download here

Armada – that’s right, even Armada got the solo play treatment, thanks to RC member Jon Gunns

However, there was always one game that we felt was missing from this list… and a game that potentially lends itself well to solo or co-operative play. What game? Well, Vanguard of course! Thanks to Vanguard’s small model count and smallish play area, we always thought solo rules would work.

Thank goodness then for RC member Chris Kellahan! Last year he created some solo play rules that appeared in UK magazine Miniature Wargames. The rules were received well and, with the Vanguard 1.1 rulebook now available, we thought this was a perfect chance to try out some solo play! Plus, with Mantic’s “Get Back Gaming” initiative, this is a good opportunity to play a few games of Vanguard… just in case you’ve forgotten because it has been so long. You can download the solo scenario here.