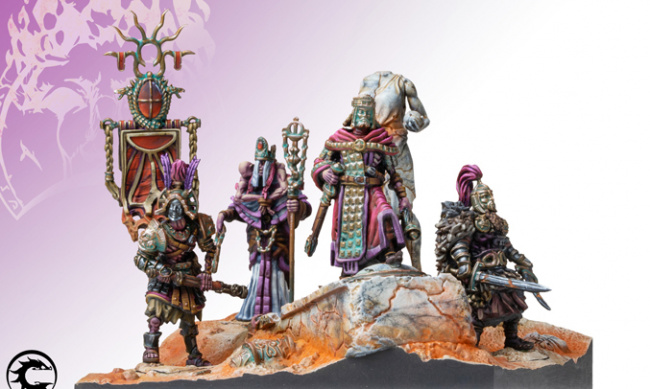 Para Bellum previewed its Conquest: The Last Argument of Kings product release schedule for 2023, which announced the launch of a new faction and price changes.

In January, Para Bellum will bring more Old Dominion models to market, including the Founder’s Exclusive Heavy Metal diorama, which is limited to 750 units produced. They also will release Mounted Strategos as well as Kanephors and Karaytids sets.

Para Bellum will launch the seventh faction for the game, the City States, in February 2023. The City States will be Conquest’s version of classic Greek Warriors. The first City States miniatures will include Hoplites, Phalangites, Minotaurs, and Hephaestian and Promethean giants. The City States will debut with a new two-player starter set in February, Conquest: The Last Argument of Kings:City States vs. the Nords. It includes 2 exclusive resin miniatures (Polemarch and Konugyr), 52 plastic miniatures, 11 Command cards, and 2 version 2.0 rulebooks for $179.99.

Para Bellum will also adjusting prices for 2023 via their new Conquest pricing program. The new pricing is as follows: