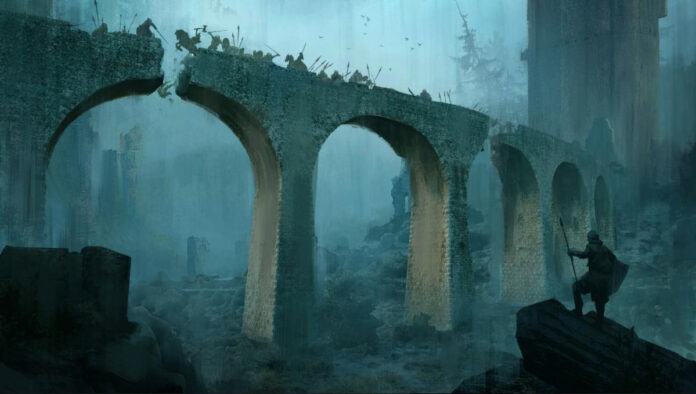 As the first of the shambling monstrosities stepped into the torchlight, they clutched their weapons tighter. The air was thick with the smell of fey sorceries. Nobody would rest tonight.
The third edition of Ivan Sorensen’s Five Leagues From the Borderlands puts you in command of a warband of hard-worn adventurers fighting to reclaim the land from the sinister forces that threaten to envelop it in darkness.
This RPG-lite adventure wargame lets you engage in procedurally generated fantasy campaigns,featuring skirmish miniatures battles where you hunt down your foes, sneak into enemy camps, crawl through underground cavern complexes, track down terrifying monsters and engage in multi-stage quests. While you adventure, the game world will fill in your own personal map with locations to explore!
The gritty world of Five Leagues is filled with procedurally generated content, events and scenarios all providing a backdrop to your adventure as you see your heroes gain in experience and skill… if they survive.