Legendary Kingdoms up on Kickstarter. 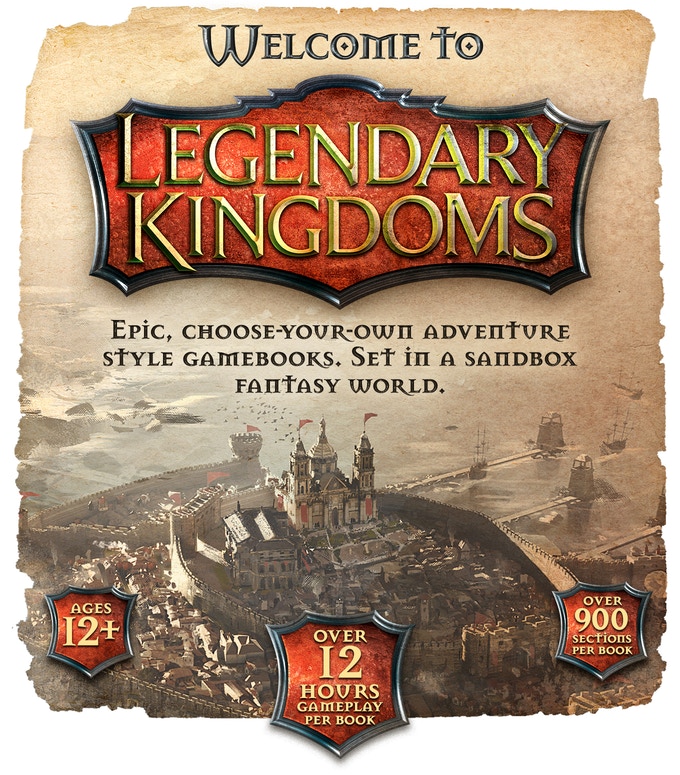 Prepare for adventure in this huge open-world gamebook series. Legendary Kingdoms is a gamebook campaign, where you lead a party of adventurers in a world that adapts to your actions. Venture into ancient ruins, pick a side and lead an army into battle, sail the high seas on your own warship, defeat tyrants or restore them to power. Along the way your party will increase in skill, wealth and renown, allowing them to take on more challenging adventures. Reach the heights of power and you may uncover a dreadful threat to the world itself and go on a mission that spans all six gamebooks in the series.