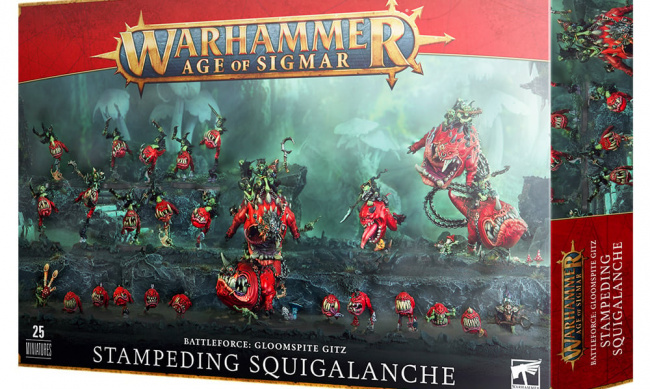 Games Workshop revealed seven Warhammer Age of Sigmar Battleforces sets headed to preorder on November 26, 2022. The Price has remained the same as last year at $210.00!

GW once again has begun to roll out its holiday Battleforce box preorder bonanza, as they did in 2021 (see “Battleforces Sets“). This year’s preorders kick off with new Warhammer Age of Sigmar Battleforces sets:

Battleforce: Stormcast Eternals – Thunderstrike Spearhead. This Battleforce comes with 26 miniatures. The showcased miniatures in this box are two Stormdrake Guards mounted on dracoliths.