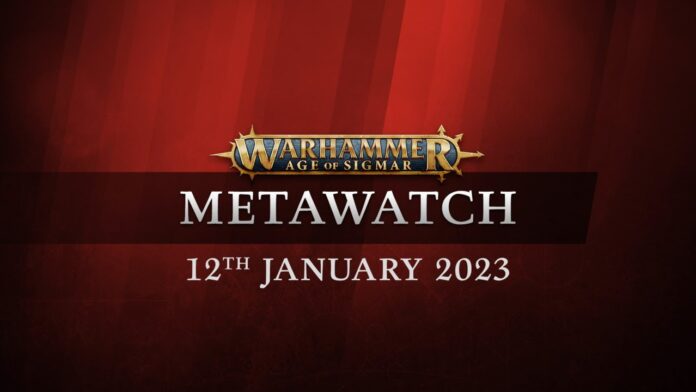 With Season 2 of the General’s Handbook around the corner, we’ve got a supersized Battlescroll to share with you all today, including a full update of points values for nearly every faction in Warhammer Age of Sigmar.* Design Lead Matt Rose sat down with Ben Galler to discuss the changes coming to the game.

Matt: This season shifts the focus away from massed infantry and towards the footslogging heroes of Ghur, so the Warhammer Design Studio is expecting considerable changes in the meta over the coming months. This provides a good opportunity for us to take a closer look at internal balance while we wait for the dust to settle.

When we started to update points costs, we followed the following process:

These updated points are just the baseline for the upcoming season – you can still look forward to regular Battlescrolls every quarter to continue to make adjustments based on how the balance of the game evolves as we move into the next season and more factions receive updated battletomes.

We hope you’re all as excited as we are for the next season of competitive play. It’s been an absolute pleasure getting to meet and talk to you at events, and to read the feedback you’ve sent into aosfaq@gwplc.com. Your contributions continue to help grow the thriving matched play community, and I can’t wait to see how it will evolve over the coming months.

Thanks Matt! All of the points updates – and everything else that’s changing – can be found in the latest Battlescroll, which you can download here.**

* With the exception of Gloomspite Gitz, Beasts of Chaos, and Slaves to Darkness, all of whom have new battletomes imminent.