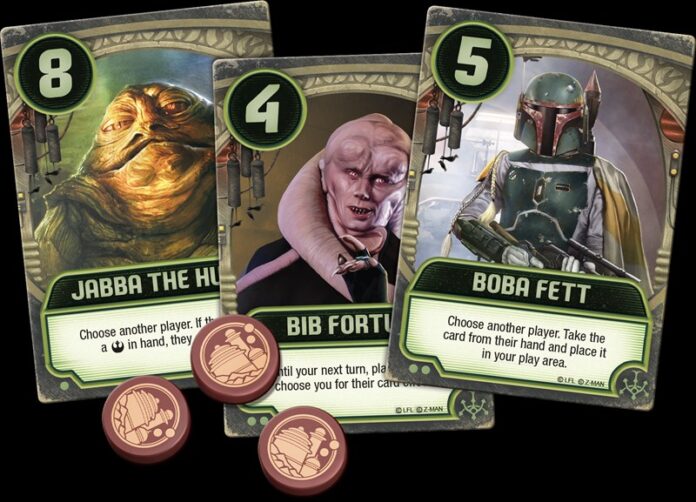 The lair of Jabba, the Hutt is a place of danger and deception. In Star Wars: Jabba’s Palace – A Love Letter Game, players compete using members of the Rebel Alliance and denizens of Jabba’s Palace in a game of rebel bravery and vile deceit.

Based on the beloved card game and set in the Star Wars galaxy, Star Wars: Jabba’s Palace – A Love Letter Game retains the simple and fun mechanics of the original as you utilize the talents of iconic characters from Return of the Jedi. Players take turns using the elegant “draw a card, play a card” gameplay and then executing the card’s effect. Cards include characters like Luke Skywalker, Boba Fett, Salacious Crumb, Jabba the Hutt, and many more, with each card offering different effects, such as Boba Fett allowing you to take a card from another player, or Salacious Crumb allowing you to look at another player’s hand.