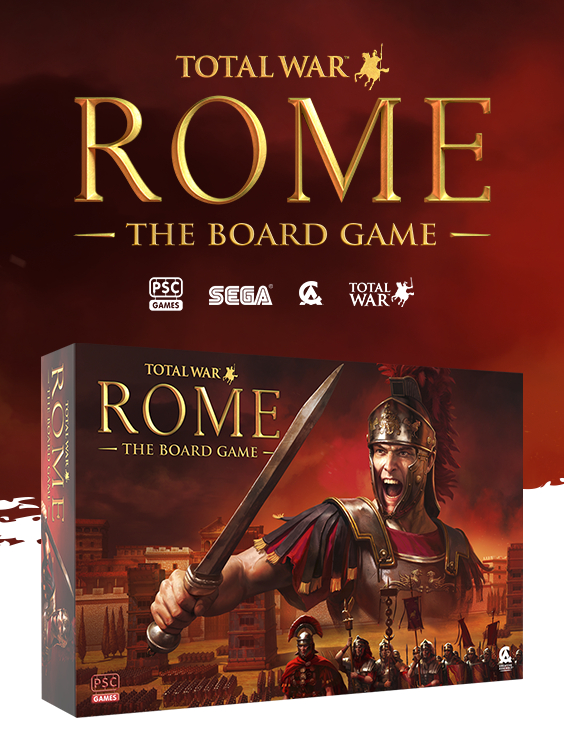 The plastic Soldier Company announced today that they will be publishing the Total War Rome Board game by Simon Hall. From the Press release.

We are extremely happy to announce that we are teaming up with SEGA and Creative Assembly to create a board game based on the world-renowned video game, Total War: ROME. Created by multi-award-winning designer, Simon Hall, the development of the game is in its advanced stages. Simon and our team will be working incredibly hard to crowdfund the game in 2021 and bring it to the retail market in 2022.

The board game version captures the essence of the video game beautifully and effortlessly translates the most exciting mechanics featured within the game into tabletop form. It allows up to four players to play as the leaders of Rome, Carthage, Greece, and Gallo-Germania, covering the time period from 250BC to 50BC. The base game can be played in under three hours, with planned expansions that will allow players to dive deeper into managing battles emulating the video game further.

Drawing on our experience of creating high-quality miniatures and using artwork provided by Creative Assembly from Total War: ROME REMASTERED, the final game is sure to be an enjoyable and truly immersive experience.