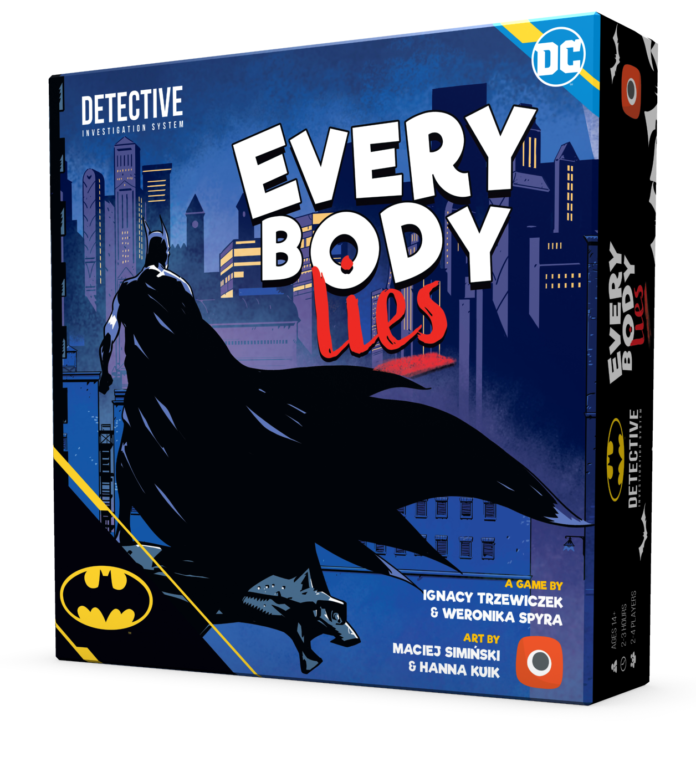 DC AND WARNER BROS. CONSUMER PRODUCTS TEAM UP WITH PORTAL GAMES FOR AN OFFICIAL LINE OF DETECTIVE BOARD GAMES FEATURING BATMAN

All Batman games will feature new and inspired iterations of the story-driven, cooperative deduction game system from Portal Games’ award-winning Detective game series, delivering deeply thematic games that challenge 2-4 players to team up with the Caped Crusader and bring the theatrics and themes of Batman to life in a fully immersive tabletop experience. “While many games fight like Batman, our games will challenge you to think like Batman,” says Ignacy Trzewiczek, CEO and lead writer/designer of the game series. “Every fan has dreamed of what it’d be like to stalk the Gotham City streets and solve crimes alongside the world’s greatest detective, so working with WBCP and DC on our own line of Detective cases in this iconic universe has been a dream come true for everyone involved.”