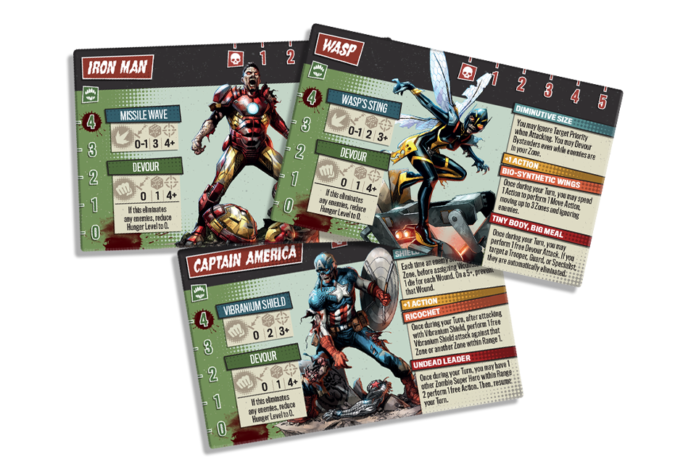 Michael Shinall here, one of the designers for Marvel Zombies: A Zombicide Game, and let’s talk about The Hunger.

In the board game, you take on the role of a Zombie Super Hero, and your primary goal in (un)life is now to Devour as much flesh as you can – unwillingly, unfortunately, as no true Super Hero would elect to perform such actions. But, as we’ve mentioned, this is the universe of Marvel Zombies, and the choice is no longer your own.

Gameplay-wise, Hunger plays a vital role in your overall experience. Each Zombie Super Hero has a Hunger Track ranging from 0-4. It represents their overall level of Hunger.