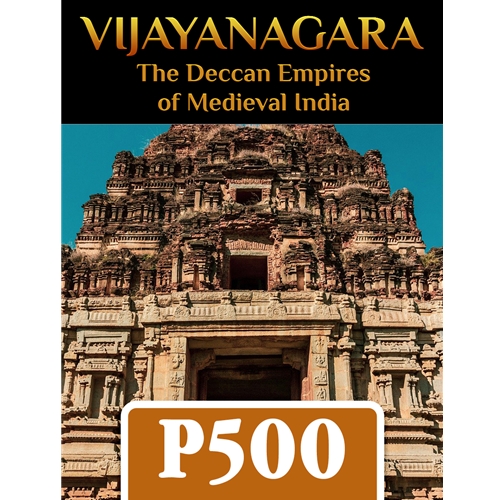 Vijayanagara: The Deccan Empires of Medieval India, 1290-1398 depicts the epic, century-long rise and fall of medieval kingdoms in India over two dynastic periods, for 1-3 players.

Vijayanagara is the first game in the new Irregular Conflict Series. with gameplay inspired by GMT’s COIN system, players will take on the asymmetric roles of the Delhi Sultanate, the Bahmani Kingdom, and the Vijayanagara Empire, navigating event cards and unique action menus as they contest to write themselves into medieval Indian history. Players will rally local amirs and rajas to their cause, construct epic temples, forts, and qasbahs, and battle for supremacy over the Deccan plateau.