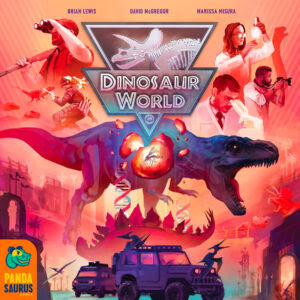 So, regardless of point #3, dinosaur board games should be a slam dunk, right? Apparently, Pandasaurus Games, publisher of Dinosaur World, believes so as this is their fifth dinosaur-themed game. Dinosaur Island, the most similar to Dinosaur World of the bunch, funded on Kickstarter in 2017 and was a success. I was also one of its backers.

How does the recently released Dinosaur World stack up to its cousin? Is it worth getting if you already own Dinosaur Island? Hopefully, my review will help you decide.