ARES GAMES TO RELEASE ‘FIGHTERS OF THE PACIFIC’ INTO U.S. RETAIL 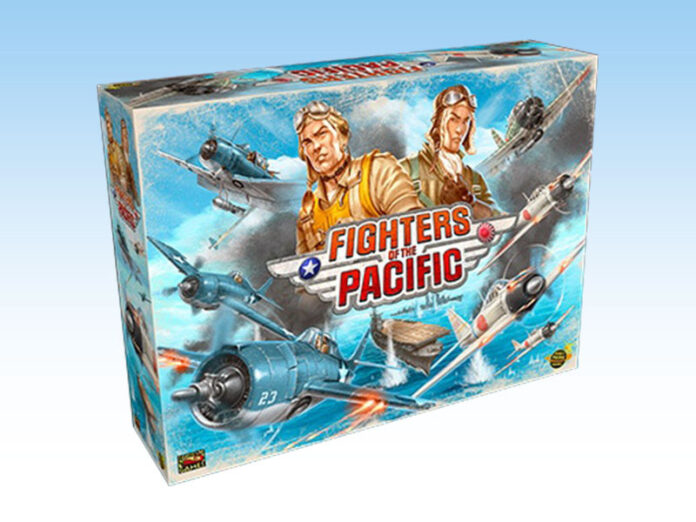 Ares Games will release Fighters of the Pacific, a naval air battle game, into U.S. retail in February 2023.

Fighters of the Pacific features simulated air battles with plane tiles and modular hex-based boards without utilizing dice or rulers. This game, designed by Frank Garibaldi, allows players to control multiple squadrons of WWII fighters, bombers, and torpedo aircrafts as they try to dominate the skies as well as attack their enemy’s ships and islands. The planes move about individually on the grid as they try to position themselves to get an enemy plane or ship in their sights. Once a plane is in the sights of another plane, the targeted plane must move or take damage. Each plane also has its own attributes and special abilities.

This game comes with 10 historical scenarios to play through. It can be played as a solo game or in a multiplayer mode as well. There are also two expansions for this game, Battle of Midway and Battle of the Coral Sea, which will make their way to U.S. retail as well.