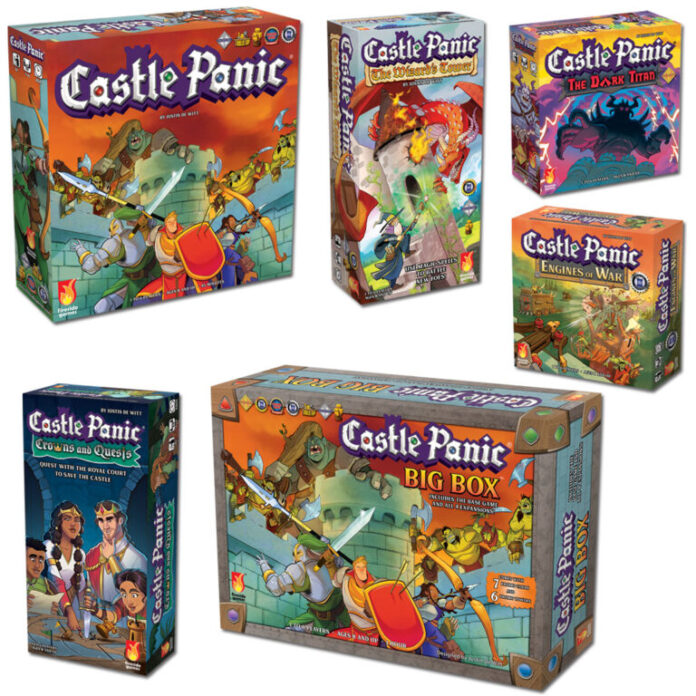 It may be hard to believe that Castle Panic first made its appearance on game tables almost 13 years ago in September of 2009. Since then, it’s been an amazing journey filled with adventures and stories as we added to the world with 3 expansions and 3 variations. After all those battles, the time has come to update everyone’s favorite cooperative tower defense board game. We are incredibly proud to announce the upcoming release of Castle Panic second edition!

The entire Castle Panic line is getting all new, bright, colorful art, a wide variety of diverse characters, and a few updates to make the game play even smoother. It’s still the same great cooperative game that players have loved for over a decade with a fresh new look.

When Can I Get It?

Castle Panic, Crowns and Quests, and the Castle Panic Big Box will be on store shelves on November 30. The Wizard’s Tower will hit store shelves January 25, The Dark Titan on February 22, and Engines of War  on March 22.