1815, Scum of the Earth is on Kickstarter 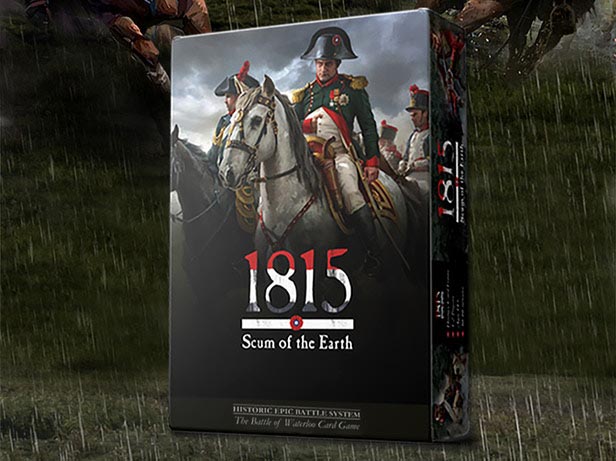 1815, Scum of the Earth – The Battle of Waterloo Card Game is on Kickstarter and already funded with 17 days to go.

Relive the legendary Battle of Waterloo!

18th June 1815, Napoleon Bonaparte is determined to rise back to power and claim all of Europe as his prize. But the forces led by an unassuming yet undefeated Arthur Wellesley and his charismatic Prussian ally Blücher are amassing to stop Napoleon in his tracks.“